How to Benchmark Your Mac

There’s been a lot of talk recently about how the new MacBook Pros compare to existing Mac models. The new MacBooks are faster, of course. We know because the experts ran a series of tests to benchmark the computers and compare them to older models. But you don’t have to let the experts have all of the fun. With a free tool called Geekbench, you can benchmark your own Mac and compare its performance to other Macs and PCs. This tutorial shows you how.

Benchmarks are tests that measure the performance of a computer’s processor, memory and graphics card, among other things. The process of creating and performing these tests is a fine art. Some publications, like Macworld, create their own internal tests to benchmark computers. As you might imagine, creating your own benchmarks is a time-consuming process that requires knowledge of many applications and hardware components. It’s beyond the scope of most casual users. 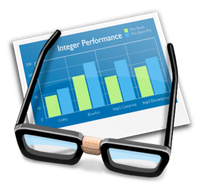 Fortunately, a free application called Geekbench takes the guesswork out of benchmarking computers. Just download this application, click a button, and it performs a series of tests to measure the performance of your Mac. Once you’ve generated a score, you can share it online and compare it to other scores posted by users around the world. If you’re curious about what Geekbench tests and how it tests it, see this article about the tests and this article about the scores.

So what are you waiting for? Let’s start measuring your Mac’s performance! Here’s how:

What Do the Scores Mean?

So you’ve performed the tests and benchmarked your Mac. To understand what the score means, you need to know a little bit about how Geekbench created their scoring system. Geekbench scores are calibrated using the 2003 entry-level Power Mac G5 as a baseline with a score of 1,000 points. Higher scores are better, with double the score indicating double the performance.

Have fun testing. Just keep in mind that your Mac will probably look slow when compared to other Macs. But as long as you can do real things with your computer in real life, and it’s still relatively fast, you probably don’t need a new computer yet. Benchmarks be damned!