How to iPod Your Ghetto Ride

In the May 2007 issue of Mac|Life, there’s a step-by-step article that shows you how to wire an iPod connection into your car stereo. Mac|Life’s steps include removing the stereo from your dashboard and hooking up an external connector through the rear stereo port (RCA auxiliary inputs), if your car stereo has one.

Although it’s very informative, the article failed to mention that pulling your factory-installed stereo out of your dash might void your warranty. And, while the author was considerate enough to include a list of alternatives to wiring an iPod connection into your car’s stereo, we don’t think he went far enough. After all, many of us don’t have a rear stereo port, and even if we did, the vast majority of us wouldn’t pull the stereo out of our dashboards.

We’re here to show you how to iPod your ride – the easy way! 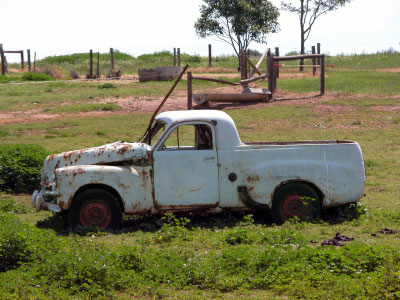 Use Your iPod With a Tape Deck

If your car stereo has a tape deck, it’s incredibly easy to listen to your iPod in the car. “Tape adapters” are readily available at nearly every retail store and provide CD-like sound quality. It’s the best way to trick out your tape-decked, ghetto ride. We’ll show you how to do it.

Use Your iPod With an FM Transmitter

There is one other iPod connection option, and that is using an FM transmitter. This works with any car stereo. How does it work? Basically, an FM transmitter turns your iPod into a miniature, low-power radio station. You’re broadcasting, and your car’s stereo will be able to pick up the signal. 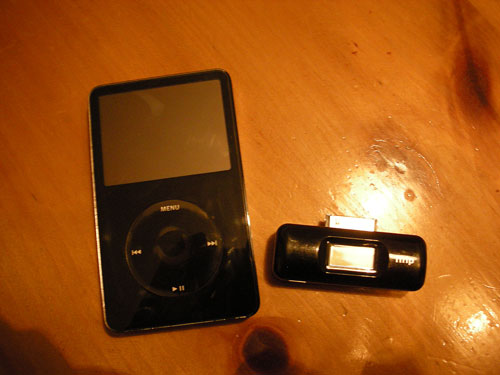 The bad news is that it’ll be just like real radio stations – the music being broadcast from your iPod will fuzz out time to time. We’re not going to kid you here: FM transmitters won’t provide anywhere near CD-like sound quality. But, in a pinch, they’ll do the trick.

Here’s how to use an FM transmitter: