How to Transfer LP Records to Your Mac

We didn’t live through the heyday of vinyl, but we do own a few LPs. The recording industry is currently trying to figure out if we have the right to “own” digital copies of our records. While they work on that, we’re going to quietly show you how to digitize old LPs and cassette tapes. Just don’t put the resulting files on a peer-to-peer network!

Connect Your Turntable to Your Mac

First, you need to connect your turntable to your Mac. Most Macs have an audio input jack, like the one on our eMac: 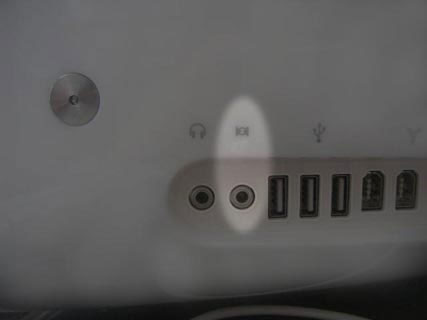 Not the most intuitive symbol for audio input.

Not all Macs have audio input jacks. If your Mac doesn’t have one, look into a third-party solution like Griffin’s iMic.

Of course, you’ll need a cable to connect the record player to your Mac. It’s not advisable to connect a record player directly to your Mac - you know, for the lower sound quality reasons. You can use the headphone jack on a receiver with a phono port, or you can use another suitable pre-amp. A headphone jack and a long enough cord like this will do the trick with a receiver or a tape deck.

After you plug everything in, you’re ready to rock and roll!

Your Mac is now ready to listen to your record player!

Getting started with Audacity and LAME

Your Mac is ready to listen, but now we need to make it understand. We’ll use Audacity, a wonderful free and open source digital audio editor. It’s like Quicktime Pro for audio, but on steroids. There are a few Mac applications dedicated to ripping analog audio, but Audacity is free, and we like open source software.

With that completed, Audacity can compress audio into the MP3 format. It might be a good idea to bump up the default MP3 bit rate if you’re an audiophile or if you have room for higher quality music.

Preparation and the Recording Process

To get a quality recording, you’ll need to prevent clipping the sound waves. “Clipping” literally means removing parts of the sound wave because of improper loudness from the source material. 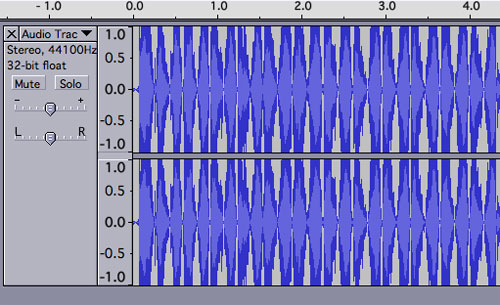 Note that the peaks of the waves are flattened abruptly, or “clipped.”

Once you’re reasonably happy with the sound levels you’re getting, it’s time for the real thing. Stop the audio and close any and all test tracks, just like you would a window.

Tip: Audacity creates uncompressed audio files from its source material and these files can take up a large amount of real estate on your hard drive. It’s essential to have an adequate amount of space on your primary disk or a second dedicated data drive before starting to record. As a rule of thumb, think of thirty seconds of audio as four uncompressed megabytes of data. This equates to about a half a gigabyte per uncompressed album.

These files will not be of the same quality as a ripped CD, or a file from the iTunes Store. Most analog audio signals have minor imperfections, such as normalization issues and pops, clicks and scratches in the case of a vinyl LP. Audacity can fix these issues, but it’s more of an art than a science. Audacity has a variety of filters that can be used to fix these imperfections, but these are advanced techniques. We’ve spent enough time on the basics alone! There are other programs that can remove sonic “dirt.” And iTunes has a normalize feature. But who can resist the warmth of vinyl converted to a digital audio file?