Watch out, iTunes. There’s a new interactive content provider in town and, unlike the other competitors that came and went, this one looks like it’s here to stay. Joost (pronounced “juiced”) is a free Internet television broadcasting service that sports a sexy interface. This next-generation Mac application lets you watch certain prerecorded television shows whenever and wherever you want. 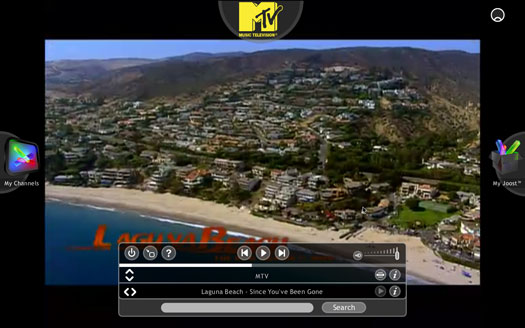 Sure, you’ve been able to watch television shows on your Mac for years with applications like BitTorrent. But the quality of those downloaded shows was dubious at best, and it took a lot of time and effort to search for and download the episodes you wanted. It was also illegal. Joost is completely legal, and it collects all of your content within one convenient application. And, unlike BitTorrent, Joost doesn’t require you to download and store individual episodes.

Joost is still in Beta testing, which means it’s buggy and quirky as hell, but the concept is there. Internet television broadcasting is definitely the way of the future! Whether you’ll download your content through iTunes or Joost or another service makes little difference. The era of Internet television is coming, slowly but surely.

We’ll show you how to make the most of this up-and-coming application.

How to Get Joost

Joost isn’t yet open to the public, so you’ll need to find an invitation in order to download and use it. It was recently announced that all current Beta testers have unlimited invitations to give to their friends, so it shouldn’t be too hard to find one. Ask your tech-savvy friends if they have any, and be sure to watch popular blogs and technology websites – many of them give away Joost invites.

Joost gives advice for finding invitations on its website.

Here’s another caveat: You need a broadband Internet connection and an Intel Mac to use Joost. There is allegedly a PowerPC version of Joost in the works, but for now, users with older Macs are out of luck!

When you start Joost for the first time, it’ll put some default television channels into your “My Channels” section. This section provides quick and easy access to some of the most popular Joost content, but there are many more channels to be seen! Here’s how to get to them all:

Do More With My Joost

Joost isn’t just an application that provides content – you can also interact with this application in some remarkable ways! The My Joost section resembles the Mac OS X Dashboard in more ways than one. You can add “Widgets” and do stuff like rate content, chat with other channel viewers, instant message other users, and even add RSS feeds. Here’s how to do it:

Use Your Apple Remote With Joost

Joost has great built-in support for the Apple Remote. All of the functions work pretty much the way you’d expect them to, with some minor exceptions.

Things are a little weird with the remote support. Sometimes Front Row will come up, and sometimes it won’t. Operator discretion advised!

Switch Out of Joost Without Quitting It

By default, Joost takes up your entire screen. This is fine when you’re watching programs, but what happens when you need to check your email? Fortunately, there are two easy ways to switch out of Joost without quitting it entirely. Here’s how to do it:

Use Joost With Your Apple TV

Of course, the Apple TV doesn’t support Joost out of the box. But there is a pretty complicated hack you can perform on your Apple TV to get it to stream Joost. It ain’t pretty, but it’s functional, and that’s all that matters, right? 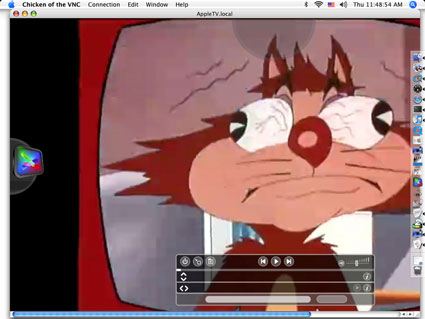 The hack demonstrated by people at TUAW.