Show Only Downloaded Music on Your iPad

I use Apple Music and I love it. Being able to stream and download music to an iPad over a wireless or cellular connection is priceless. But there is one time when I don’t want to stream music at all: when I’m using my iPad in airplane mode or when I’m in an area with no cellular or wireless connectivity.

All of the music downloaded to your iPad will appear, as shown below. 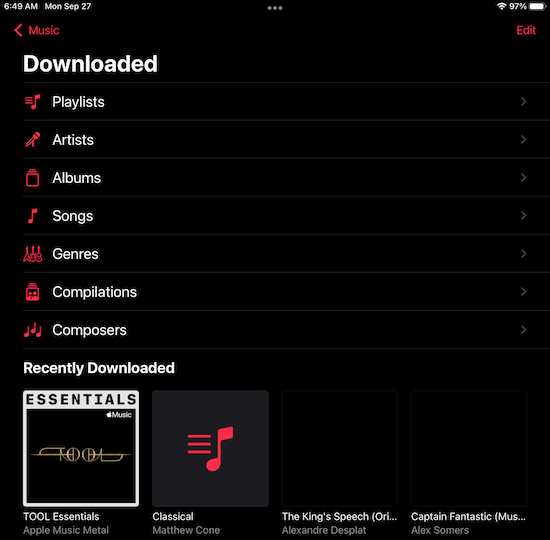 That’s it! Now you can browse your music library on your iPad and rest assured that what you’re seeing is what you can play.

The Downloaded option will now appear in Apple Music on your iPad.